List of works Included in this list are works currently available for performance. If a publisher is listed, contact the publisher for scores and performance materials. Other works can be obtained by contacting Gregory Hamilton.

Shepherds, What is This Lovely Fragrance? SATB a cappella, CanticaNOVA

As the Grains of Wheat Piano preludes on hymn tunes. For solo piano. Published by Augsburg Fortress Publishers.

Hymn of Peace, for cello and piano, Premiered at the 2005 New Music Festival by Diane Winder, Eastern Michigan University.12'

Concerto for Cello and Orchestra. Premiered in October 2005 by Diane Winder and the Ypsilanti Symphony. chamber orchestra and solo cello 22'

24 Preludes and Fugues for Organ An ongoing work, there are about 12 sets completed. Premiere is set for winter 2009.

Fantasia: Amazing Grace 2008 Premired by the composer at the Benedictine Abbey and College in Atchinson Kansas as part of their 150 year celebration. Ten movements, concert work, solo organ

Pastel on the Water. For flute and harp. 10'

In Paradisum. For solo high voice and organ or piano CPDL

Creator of the Stars of Night for unison children's choir, organ and flute. 4'

This is a New Commamnment (Madatum Novum) Organ and SATB

Numerous hymn and chant arrangements - too many to list.For avaliability, contact the composer 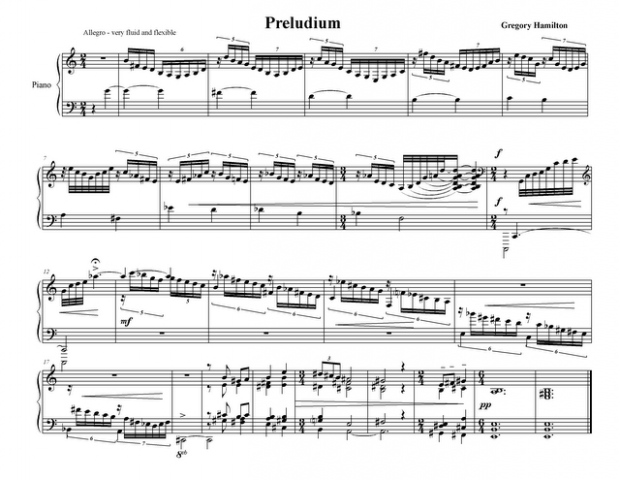