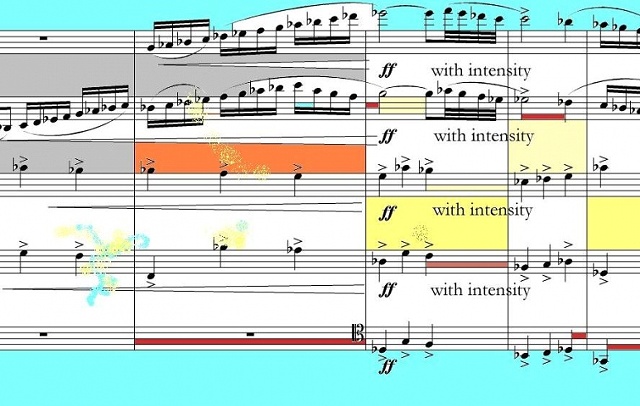 Dr. Hamilton enjoys a wide variety of activities and interests as a composer, recitalist on the Organ, and Harpsichord, as a conductor, and soloist and continuo player on the Harpsichord, Lute and Theorbo. He is skilled in improvisation, and frequently includes improvisation in concerts.

As a composer, over 100 of his works are in publication by Morning Star, Augsburg Fortress, Cantica Nova, WLP, Concordia, Paraclete Press, Sheet Music Plus, and Lorenz, and are presented internationally in concert halls and churches, schools and airports. Breath of the Spirit (an evening-length work for flute and organ, with narrators, written with Poet Kenneth Gaertner) was commissioned by Marilyn Mason and premiered by her with the flutist Donald Fishel in the Paris Festival Toussant at the Cathedral of Notre Dame de Paris, and has been performed over twenty times in the U.S and Europe. Gregory was commissioned to compose The Churches' One Foundation for the Archdiocesan choir and orchestra for the dedication of the Cathedral of the Sacred Heart in Houston. Other recent works premiered include Concerto for Cello and Orchestra (Diane Winder and the Ypsilanti Symphony), Five Psalm Pictures, Rosary (Premiere -St. Johannes church, Amsterdam) and Fantasy Variations on a Theme of Schubert for string trio and flute, Hymn of Peace for Cello and Piano (cellist Cellist Mirel Iancvici; professor of cello at the Conseratoriaum, Utrecht) and several works for Houston virtuoso Organist Jackson Osborn. Other recent commissions include works for harpsichordist Scott Hyslop, and Recorder player Jody Miller.

Gregory Hamilton attended Baldwin-Wallace University (B.MUS) The Royal College of Music, London, (M.Mus, A.R.C.M.) and The University of Michigan, (DMA) where he was a scholarship student of Dr. Marilyn Mason. In Continuo, Lute and Early Music, he was a student of Nigel North and Jacob Lindberg at the RCM and Guildhall (London).

Gregory has researched the works of Dom Paul Benoit, (1895-1976) the French composer-organist and has performed many of his works in the U.S. and abroad, including research at Benoit’s monastery, St. Mark and St. Maur in Clervaulx, Luxembourg. With Dr. Hamilton’s recent CD releases of Benoit’s music on RosaMystica recordings, he is enjoying the welcome upsurge in interest in the works of Benoit.

Dr. Hamilton’s music has been featured in many radio broadcasts, including the BBC, WCLV, WFNR,the NPR show Pipedreams, and was interviewed on “Notes from Above” (Ave Maria Radio) As a conductor, he has a wide repertoire of both choral and orchestral works, and studied conducting with Dr. John Robinson and Dr. Leonard L. Riccinto.

Dr. Hamilton has taught Performance and Interpretation of Gregorian Chant for many years and was a student of Fr. Columba Kelly and Fr. Ralph March. As a continuo and chamber music performer, he performs with several chamber groups, including the Orchestra of New Spain, The Newberry Consort, The Atlanta Baroque Orchestra, Amythyst Baroque, and Ensemble Europa providing continuo work for opera, chamber concerts, playing organ, theorbo, lute and harpsichord, including a 2016 tour of Bolivia. Three recordings on the label RosaMystica feature Hamilton:

Dr. Hamilton was faculty and Director of Sacred Music at Holy Trinity Seminary (University of Dallas), and is currently Director of Music at St. Joseph Church (Basilica) in Macon Ga.